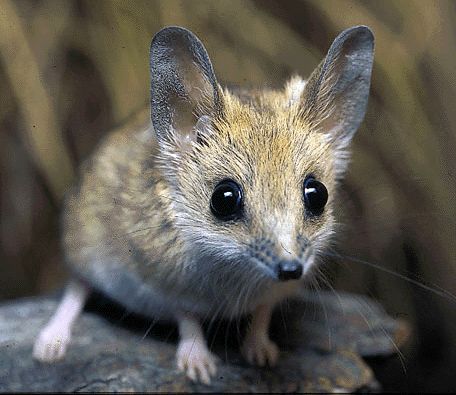 The Dunnart sports light brown to grey fur with darker fur on its head and neck. Light brown to grey fur with darker fur on its head and neck. The underparts and feet are lighter in colour. Large rounded ears. A thin tail almost the same length as its body. Males weigh up to 40 grams; females up to 25 grams.

During the day it sleeps in an undercover nest or shallow burrow. It has the ability to become torpid, which results in temporary hibernation where the body temperature drops below 15 degrees Celsius. This is believed to be a technique which aids their survival in unfavourable conditions.

The breeding season has been recorded from August/September to late March, during which time the males can become aggressive. Females attract a mate by making a series of ‘chit’ calls. The gestation period is approximately 12 days and the young can be weaned after 60 days. Females are able to have two litters per year producing up to 20 young. Young dunnarts reach full adult size at 150 days and it is believed that most males can only survive one breeding season before they die.