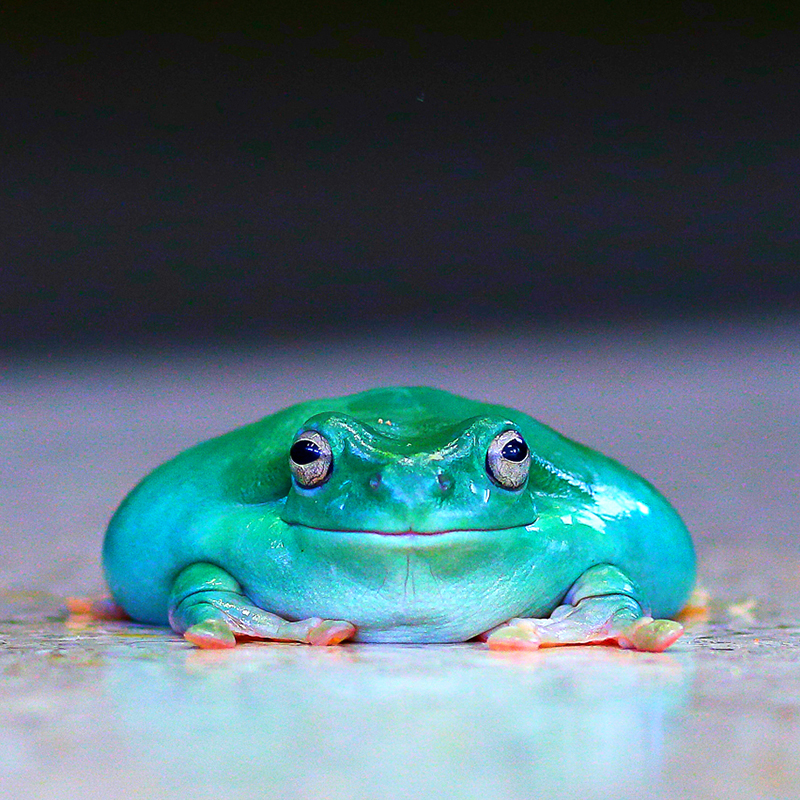 The Green Tree Frog is a familiar frog to many Australians and is the most popular species of pet frog overseas.

Identification
Green Tree Frogs (Litoria caerulea) are one of the largest Australian frogs. The scientific name caerulea means ‘blue’, which was the colour of the specimen that arrived in London in 1790. The alcohol preservation may have altered the frog’s true colour, fooling the early scientists. Nevertheless sometimes blue individuals are found that lack the yellow pigment and, much more rarely, yellow individuals that lack the blue pigment.

Distribution
Green Tree Frogs are one of the most widespread of Australia’s amphibians, found in all states except Victoria and Tasmania.

Habitat
Green Tree Frogs live in urban areas, forests and woodlands, wetlands and heath. They have a habit of taking up residence in and around suburban houses, around shower blocks and water tanks.

Feeding and Diet
Green Tree Frogs sometimes sit beneath outside lights at night to catch insects that are attracted to the light, but they are also capable of taking larger prey on the ground, including mice. They have also been recorded catching bats around cave entrances.

Communication
The call of a Green Tree Frog is like a ‘crawk…crawk….crawk’.

Conservation Status
The Green Tree Frog population, like many frogs, has also suffered a decline over recent years. The species is long-lived and can live for over 20 years. Because of this longevity the population decline went unnoticed for several years. Adults are still seen and heard regularly but young frogs are becoming scarce.